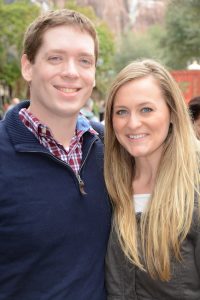 Greetings! My name is Kevin Pudlo. I'm an administrative assistant by day, and a freelance developer at night. I was born in Bremerton, Washington, although I don't remember much about it. My dad was in the Navy and we moved by the time I was one or two. We relocated to Virginia Beach, Virginia where we remained there until I was in 1st grade. I later found out during my wedding, that my three older brothers married me first in Virginia Beach to a neighborhood girl so that they could use the pool for the summer. From Virginia Beach, we moved to Saratoga Springs, New York, where I've been in the area ever since.

Looking back on my childhood I can see several key traits that are still a part of me today. When I use to play with toys or play video games, I often found myself to be very methodical and precise on what I tried to do. This methodical trait still remains with me through everything I do today. I learned to play the guitar in my years as a teen and enjoyed the local music scene for a while. I also started to work at Hannaford, first in the front-end working as a bagger, a cashier, and finally a front-end supervisor. I also spent time working in the produce and grocery departments.

In September of 2007 I began working at Stewart's Shops in the appliance repair department at their corporate offices, a much-needed change from working at Hannaford. It was here that I began to learn some basic electric wiring, business to business support, vendor management, and purchasing.

In August of 2008, I began attending Empire State College for a degree in accounting while still working full-time at Stewart's Shops. I began using some of my new-found college skills at work, and found that I actually hated accounting, and changed my major to business administration.

During the year of 2009, I began to take a new course in my work environment, although one of the youngest members in my department I became the unofficial assistant to the new manager we had. I also began working on creating a database that tracked parts, and got rid of the many excel files we had mangled together. It was here I began to understand my love for coding and creating. I received the Shareholder of the month award in November of 2009, and continued to expand in my duties including training company safety courses for several departments.

On January 30 2012, after years of dating my beloved girlfriend, I asked her to marry me. I took her to the Starbucks on Broadway in Saratoga and sat there, nervous, as we talked about the regular day-to-day stuff. Finally, as we left with our cups in hand we walked past Maestro's where we overheard Frank Sinatra singing "Fly me to the Moon" before we headed into Congress Park. It was in this snow-covered park, and in front of a drained and frozen fountain, that I asked her to hold my cup of Starbucks. With two cups in her hand and trying to keep warm, I proceeded to get down on one knee and asked her to marry me, and she answered yes! I took out the ring, and was ready to put it on her finger, when lo and behold I was unable to. Had I put my cup of coffee on the ground, I wouldn't have had to go through this moment where we had to shuffle cups to finally get the ring on her finger. We were married on September 8th of that year, and have had a wonderful marriage ever since!

A few years later, I really started to get into website development, and found a special love for WordPress as I created a website for the church I attend. My professional career however was quiet until January of 2014, where I moved departments going from appliance repair to shop services. I am still a part of this team, and it's really helped me to develop more skills that I've learned to use. I learned more about Access Databases since I was able to dedicate more time to advancing the database I started in appliance repair. I also took over a lot of procurement and distribution tasks, all the while fielding support calls we received from our stores and their maintenance personnel. I also finished my Associate of Science and Bachelor of Science degrees in 2013 and 2015.

After getting married my wife really opened my eyes to hiking and traveling, both things I originally wanted nothing to do with. Since we've been married, we try to go on several vacations and hikes every year, and enjoy every one of them!